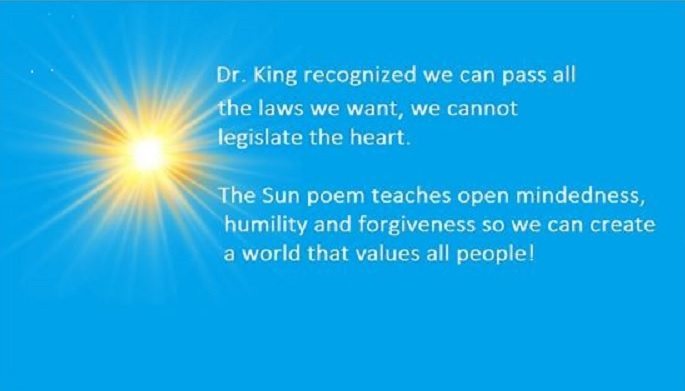 Your support empowers us to persevere! Our initiatives are needed now more than ever! Thank you for your consideration.

The World Unity Landmark - In 1985, the Sun Poem became the centerpiece of a public service campaign to promote racial and ethnic harmony in the City of Boston. A multi-media campaign publicized the poem as a public service message on television, radio, posters in mass transit and on billboards throughout the city. The success of the campaign prompted New York City to launch one in 1986 and Providence, R.I. in 1988.

In 1987, this poem was the inspiration for the creation of the Sun Poem Workshop. The purpose of the workshop is to use poetry, creative writing and oral expression as a way of sensitizing students to appreciate differences in people. Through grants from the Boston Arts Lottery, the Boston Globe Foundation and the Polaroid Foundation, hundreds of children in public and private schools throughout the Commonwealth participated in workshops. The workshop was such a success that it is now available to a wider audience. 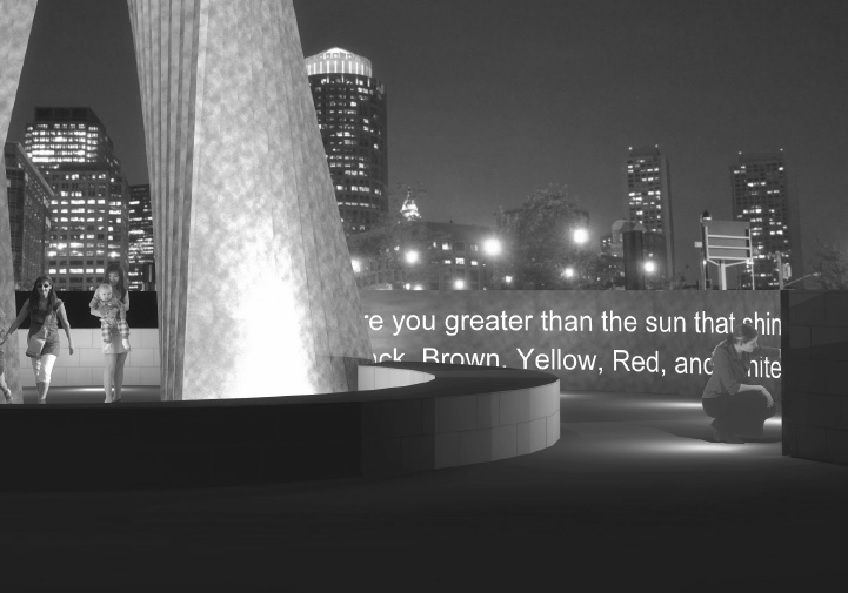 The Sun poem has been developed into an educational tool to promote awareness around issues of diversity. Now , it is in all 50 states in 50 educational institutions including schools such as Caltech, Johns Hopkins University, Texas A&M, Lehigh University, George Washington University and many more. It is also in over 20 colleges and universities across New England, in public schools across the Commonwealth and city and state agencies.

The Sun Poem inspired the creation of a World Unity landmark with a timeless and universal message addressing equality and diversity. We believe this landmark symbol has the potential to help transform the world. 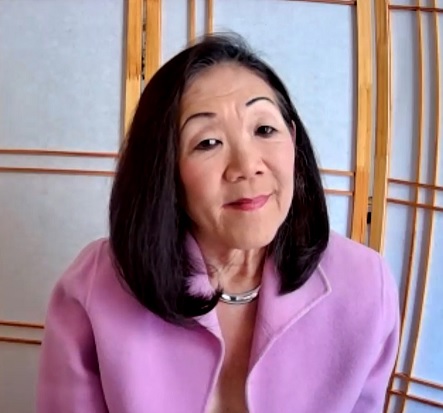 A Letter from the President

The Sun poem is the inspiration for the founding of World Unity Inc. in 1993 and our major initiatives, one is to - build a permanent landmark promoting equality, diversity and inclusion. This issue continues to challenge America and the world. The poem will be showcased in the final design concept. It begins with a question:

Are you greater than the sun,
that shines on everyone:
Black, Brown, Yellow, Red and White
the sun does not discriminate

Securing an ideal site and raising the funds have been ongoing challenges. We’re looking at multiple sites now with a focus on Piers Park in East Boston. It sits right near the Boston Harbor with a breathtaking view of the city skyline. As an international city our landmark will send the world a powerful message that’s timeless, universal and transformative. We are looking for major donors who want to leave a legacy behind and impact future generations.

We’ve garnered the support of Governor Baker and Lt. Governor Polito. They recognized the Sun poem to raise self-awareness to promote equality, diversity and inclusion. Nationally we’re making an impact with our PSA that includes the Sun poem. CBS Network TV is airing it over the next two years. Their response was, “An outstanding PSA with a very important message. We will be proud to schedule it,” Matthew, Margo, Sen. VP. Program Practices, CBS Network TV.

Through our innovative program, “Singing Equality across America and around the World,” we’re planting seeds of equality through a song inspired by the Sun poem in school districts across the county. To date 72 school districts have signed on to share the song. Imagine if children across the globe could learn the song and it lived in their hearts into adulthood the kind of world we could have! Imagine if children could sing the song to public officials, law makers, policy makers and leaders of industries the impact it could have! The Sun poem and our song can cultivate a mindset and heart that values equality, diversity and inclusion. The success we have will be a victory for humanity! Thank you for standing with us.